++++++
During the 4th expansion of the Tau race, the Earth Cast members of the Blacktide cadre were tasked, by their Shas'o, to build something to combat the enemy titans. A god of war that would strike from beyond their lines.

The engineers forwent the stasis pods that would keep them ageless and safe in their interstellar travel. The ship crossed lightyears of space to reach their destination. Generations of Earth Caste members died as they traveled to distant battlefields. The project leader, K'ule kept his stasis pod active to keep his "perfect mind" intact during long periods of fabrication, rousing himself during times of hardship for the project.

As the project neared its end, the colossal walker towered over everything in the hanger. Its power cells humming quietly as the chosen pilot, a brave and anonymous Shas'El struggled with the behemoths controls. Years of piloting the Riptide suits had given the pilot a preternatural skill with complex systems but even his mind was over whelmed with the sheer weight of responsibility and systems within subsystems. A labyrinth. After nearly 70 years of work an ageless Commander Soo'outh stepped from his deep sleep to reluctantly shut down the project a mere year from their destination.
Moments later the projects progenitor K'ule had locked the hangers doors and sealed its bulkheads, only later would reports begin to circulate about the pilot selected previously being torn from sleep and dragged into the hanger.

Soo'outh and his honor guard stood ready and armed as the final meter of the 8 meter thick bulkhead fell away into the darkness of the hanger. Nothing could be seen or heard from within. On some unseen command the lights began to raise to reveal an empty space where the walker should have been. Empty but for a streak of dried blue blood. As the commander stepped through into the vast empty space a static laced voice drifted into his receiver.
"Honored Commander? is that you Shas'o?"
Hearing the fear in, what he realized was his pilots, voice, he softened.
"Come out brother, your safe now."

An entire section of wall shifted and stepped towards the group of Fire warriors, veterans all, they stepped back. The titan glided across the hanger as if barely touching the floor, its grav-inhibited feet guided to each step. Silent. Blood caked the outside of the cockpit as well as thick welding lines where the pilot had been sealed to his fate, his brain given entirely to the piloting of the beast.

"Fuckin' ell" Soo'outh breathed, as was his wont.

FLUFF! Here are my inital drawings. 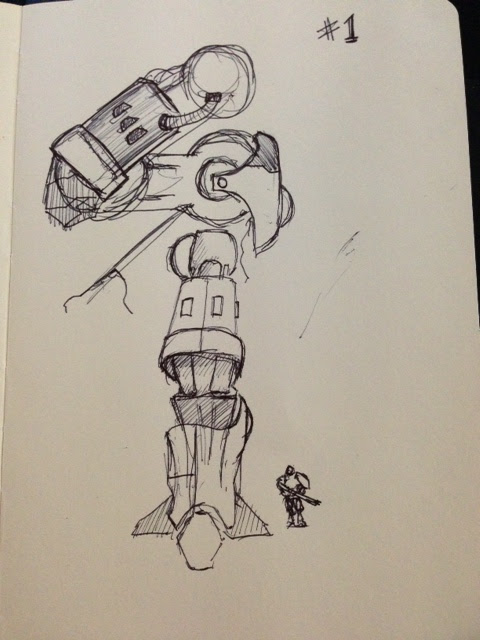 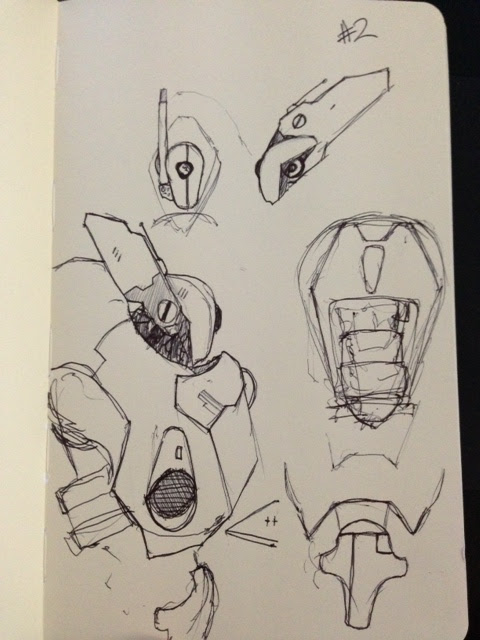