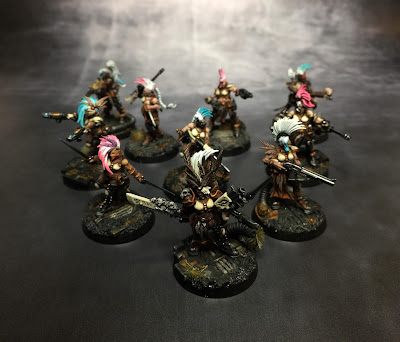 Thats all 10 members complete!
What a joy to paint! So lets take a closer look at my toys! 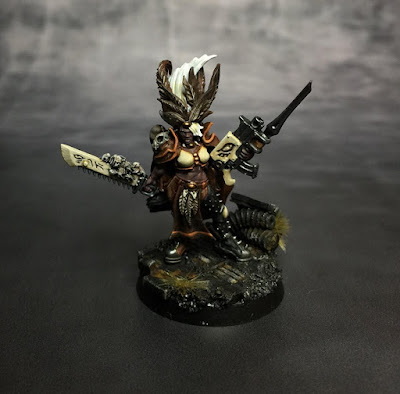 Marie Hardheart: Princess of the wastes and the driving force of the Lowthian Bells. Like all of the Bells her hair was bleached bright white by the toxic exposure although unlike others of the household she declined to dye it again.
Wargear:
Chainsword
Bolter/needle rifle
chem grenades
stiletto 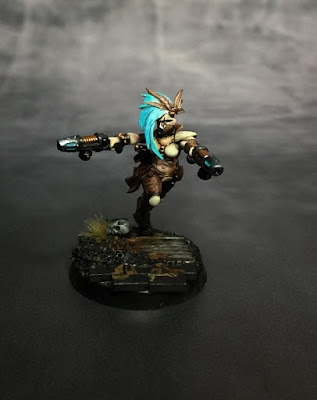 Mary Kingslayer: Armed with twin plasma pistols found in a container deep in the wastes Mary has always been one to take risks, almost impossible to give orders to. She can usually be found 40 feet from the battle smoking slightly.. and giggling to herself after one of her horribly unstable weapons misfires.
Wargear:
Plasma Pistols x2
chem granades
stiletto knife
respirator 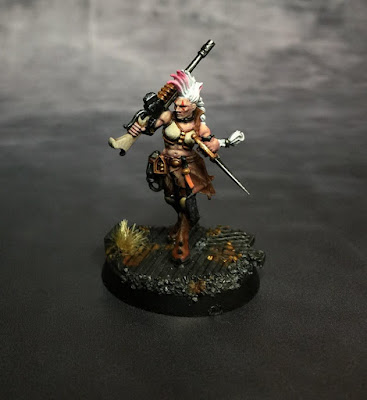 Freya Star: A crack shot with her old reliable lasgun, She kept the gang alive while in the wastes by picking off the carrion birds and rats at hundreds of yards to feast on.
Wargear:
Lasgun
Stiletto
Respirator
Frag grenades 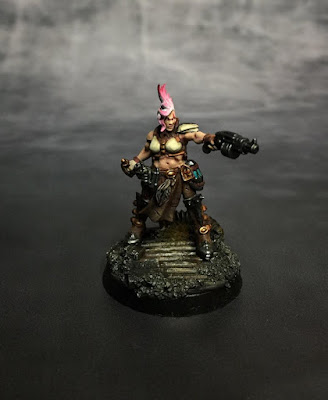 Ida Lau: Never the best shot in the gang Ida does have the fastest draw. Her auto pistol appears as if from nowhere ... and usually misses. But while her opponent is diving for cover there's always her trusty knife at hand.
Wargear:
Auto-pistol
Stiletto
Chem grenades 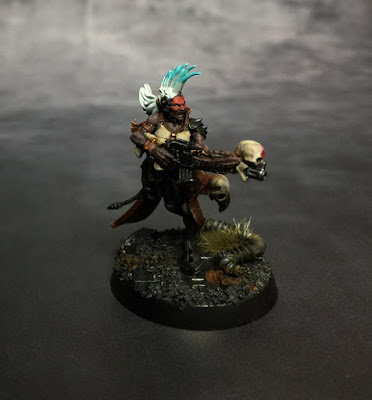 Eva Ashström: The Bells avoid Eva while back at their hideout, some say their long stay in the ash wastes have turned her to the wyrd. Painting her face and adorning her weapons and clothes with skulls she names and talks to during the night cycles.
Wargear:
Auto-gun
Stiletto
Grenades 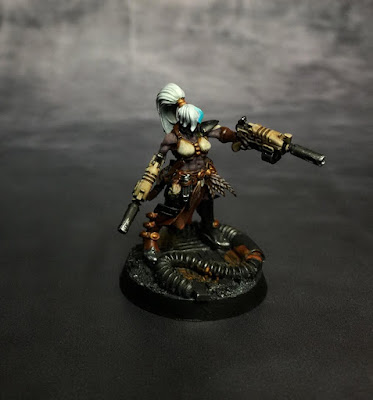 Shar: Hard drinking and hearty laughing, Shar is the life and soul of the gang. Gifted with "The Twins" her auto-pistols when she initiated into the gang proper, shes never happier than when shes turning rivals into red mist.
Wargear:
Auto-Pistols x2
Stiletto
Granades 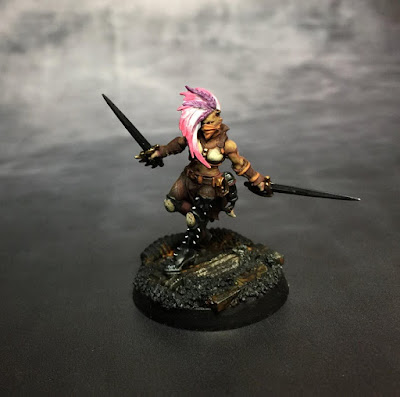 A'Meir: Foregoing any projectile weapons A'meir stalks the pipes and sewers around the gangs bar. A look of surprise is often found on the severed heads she brings back to adorn her living quarters.
Wargear:
Power swords x 2
Granades 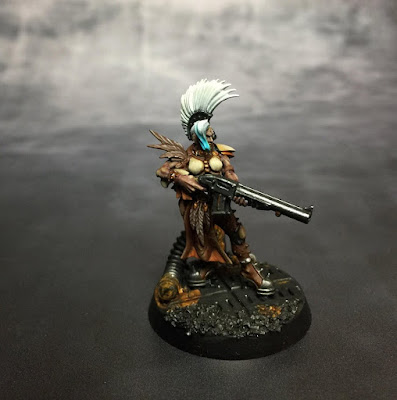 Sara "the Surgeon" Sanmasdottier: It won't be clean and it wont be quiet. After losing an eye Sara switched her lasgun for the angriest loudest thing she could find. And it works.
Wargear:
Shotgun
Frag grenades 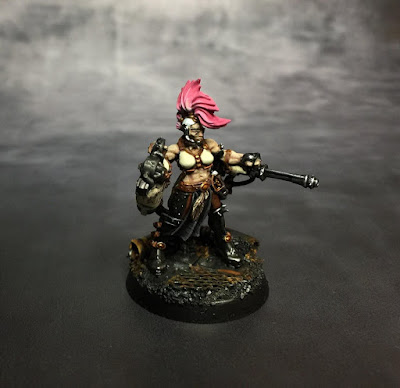 Maz Curie: an expert in all things toxic and deadly. Not great company but just the kind of person you want on your side in a gang war. Maybe don't shake her hand either. after years of using her chem-thrower there isn't much about her that isn't highly toxic. Although she has been talking about swapping out ol'faithful for something heavier... and louder.
Wargear:
chem-thrower
respirator 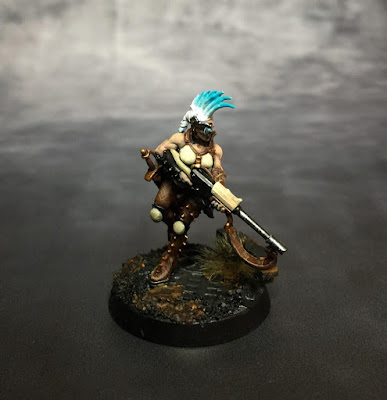 Cassy Lovelace: A ganger through and through. Spending her creds on upgrading her gear, booze, and boys.
Wargear:
Lasgun
Stiletto
Granades 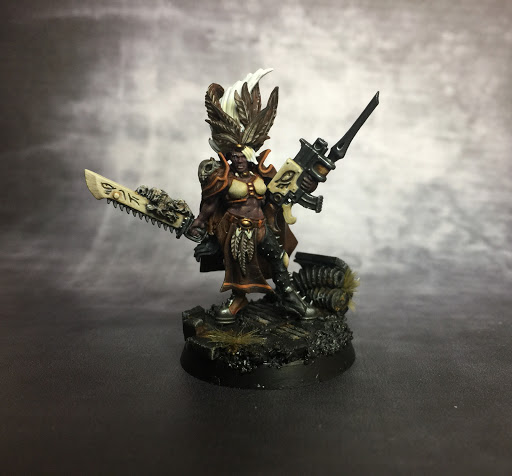 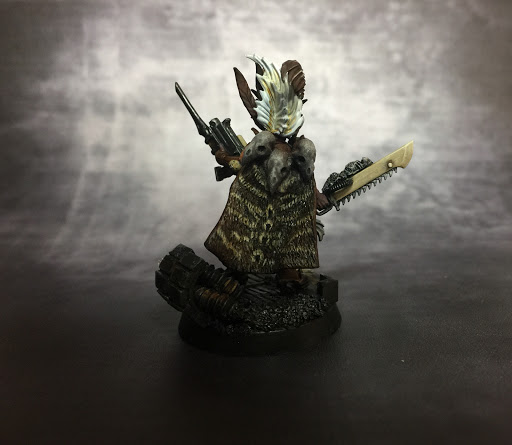 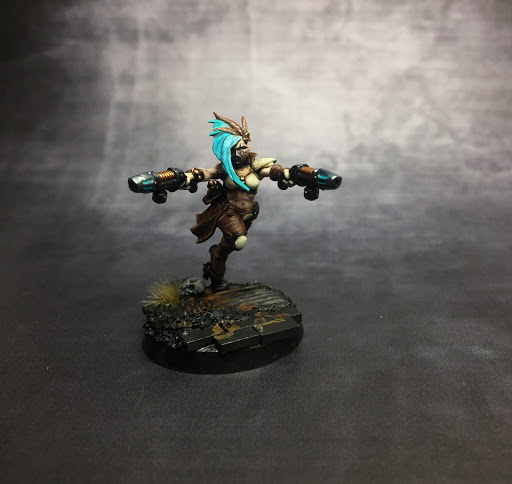 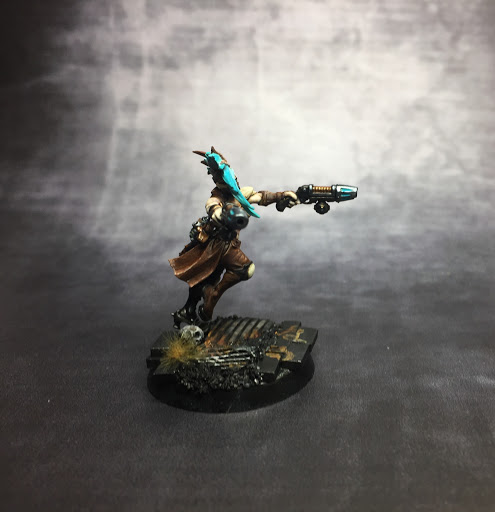 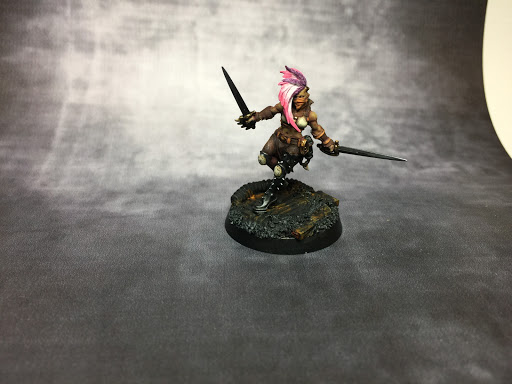 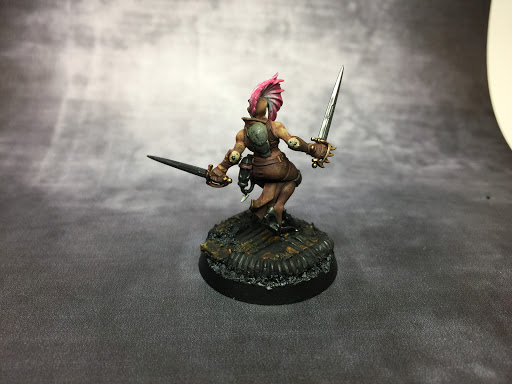 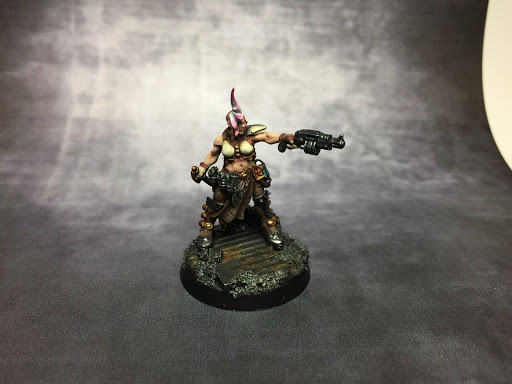 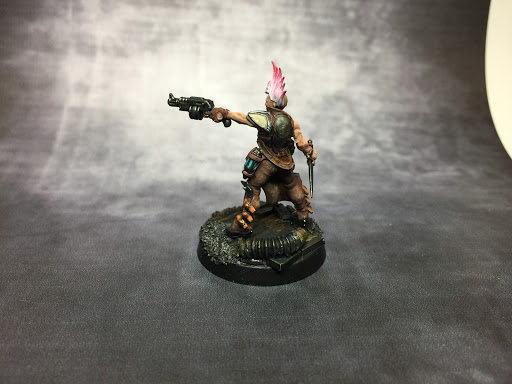