++Into the black.++
It takes a special type of person to explore the galaxy in the 41st millenium. Insanity, a thirst for knowledge, revenge, or conquest. There will always be those that go beyond the boundaries of the imperium for these reasons. Augustus Mycroft Byron the 3rd is not one of these people. And his traveling companions have their own agenda. 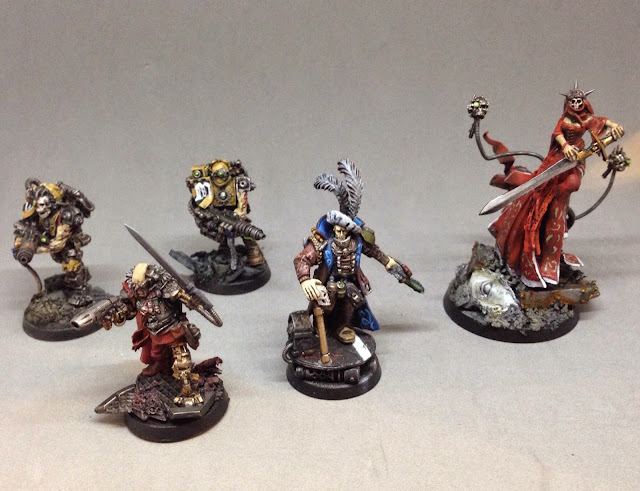 Augustus Mycroft Byron the 3rds father was a great man. With a heritage that stretched back to the time of great crusades. Nobel, respected, and brave. Augustus inherited his fortune and his title of rogue trader. An original document containing a single droplet of the emporers blood. A true treasure. Wasted on this scoundrel. His perview and money are funding this expedition to find treasures at the boundaries of the know galaxy, the Mechanicum have other plans however. 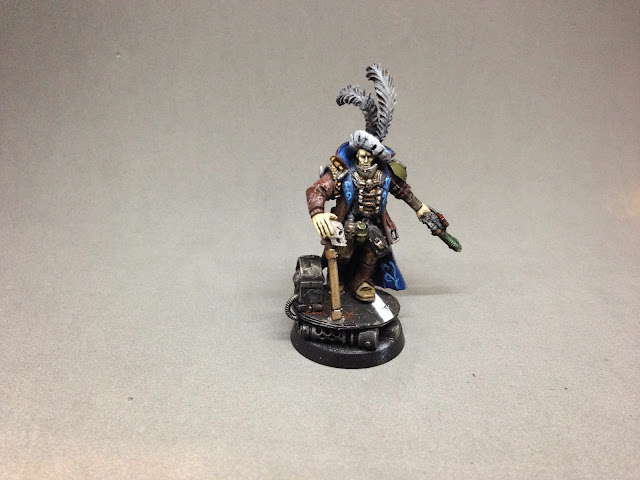 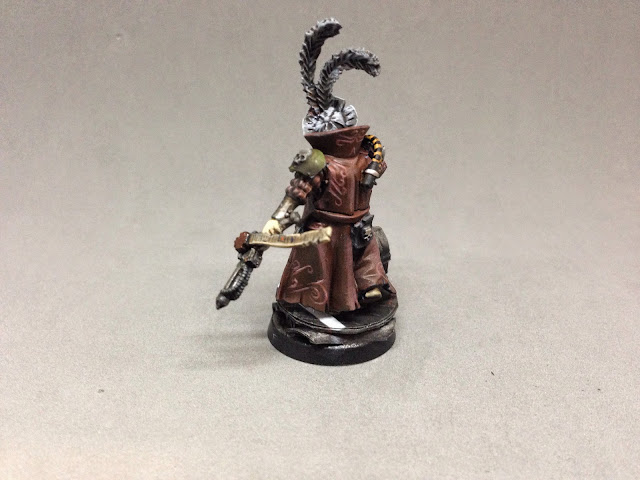 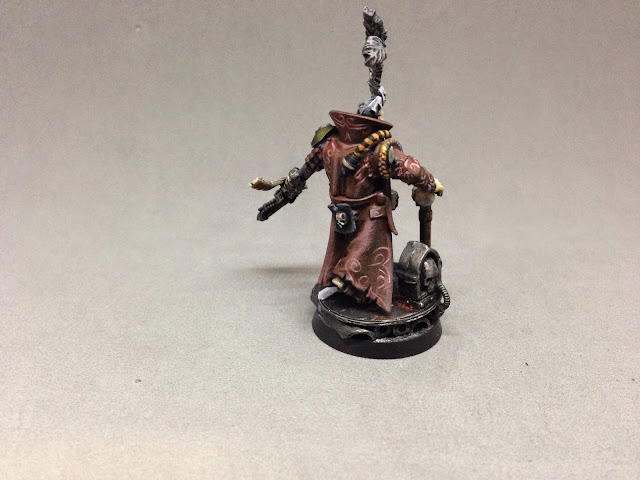 Sent by her Forgeworld to find lost STCs the Mother Superior is a legend amoung the higher echelon and an enigma to the rank and file. Floating gracefully through the deserted halls of her flagship she appears almost human apart from her skull mask. Surrounded by hundreds of servo-skulls she has an affinity with these servants. Getting them to do incredible things. Even to the point of bringing back a little of the previous human encombants personalities. 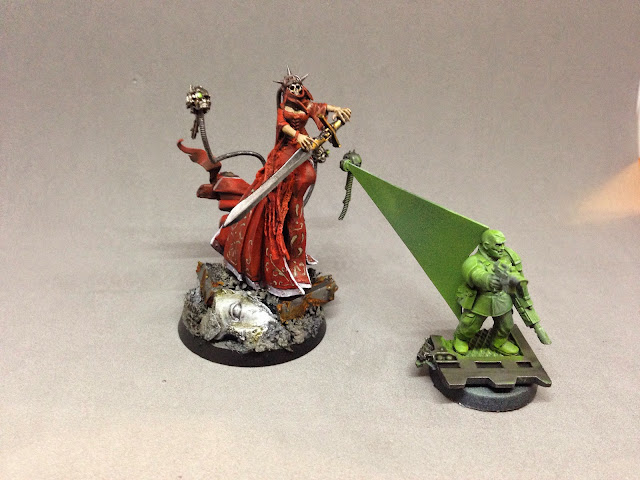 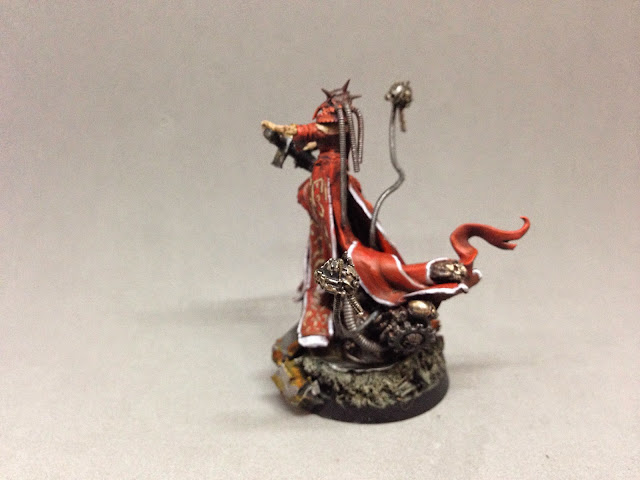 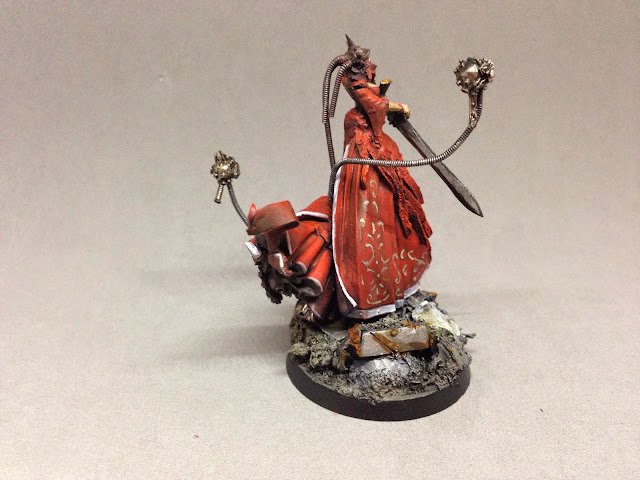 The Tech-thralls of the Mechanicum do not need encoragement to march to their deaths through poisoned gasses or walls of fire. But it doesn't hurt to have a seasoned vet to do the unpredictable. The Engine Tsar is the mother superiors right hand. She doesn't speak to anyone else. Only communicating through an encrypted line. This has sparked absurd rumors of their origins. Knowing one another in a different life. Little is left of his physical form but his head. The rest is exquisitely machined parts. 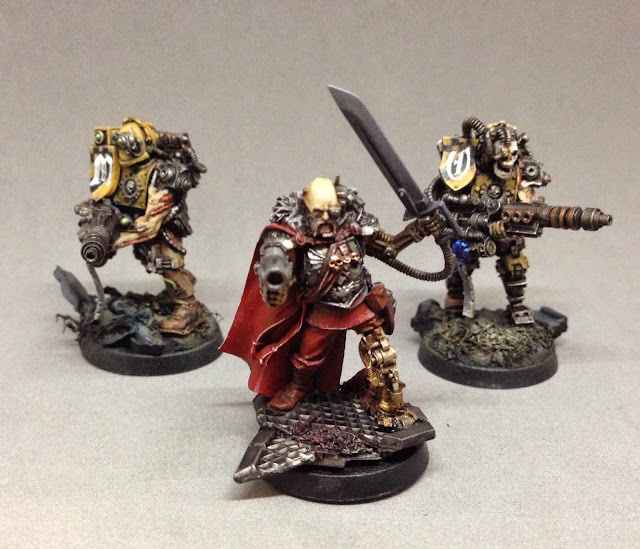 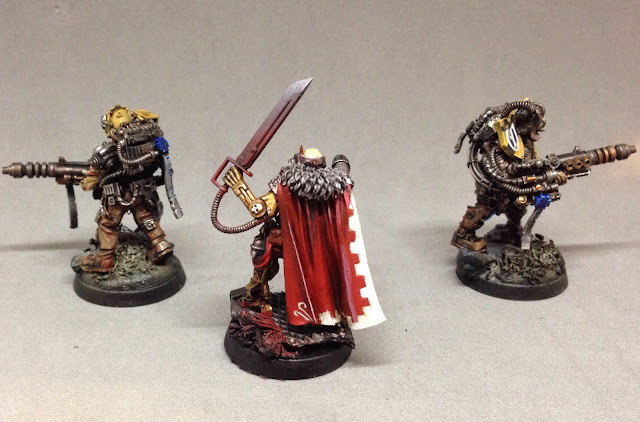 This band of zealots, fools, and enigmas are congregating in the Dalthus Sector responding to a call to arms from Forgeworld Blakken. However, their agendas could not be more disparate...
Posted by Henry South at 3:14 PM

Email ThisBlogThis!Share to TwitterShare to FacebookShare to Pinterest
Labels: Inq28