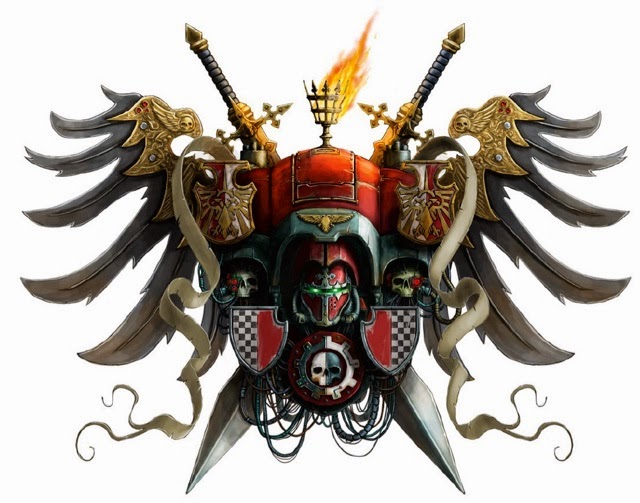 Strap in! It's about to get boring! So my knight household is growing! I love these models but I'm never making two at once again. It's brutal and slow. Another Lancer and a freeblade Acheron will be joining the ranks as the cohort to my Dark Angels.
But back to the title. Planning. Two big model robots that need to have a touch of personality.
So the plans were to have the Acheron dominating the battlefield over burnt skeletons and the command centre of the trenches, that all my Knights are based on. 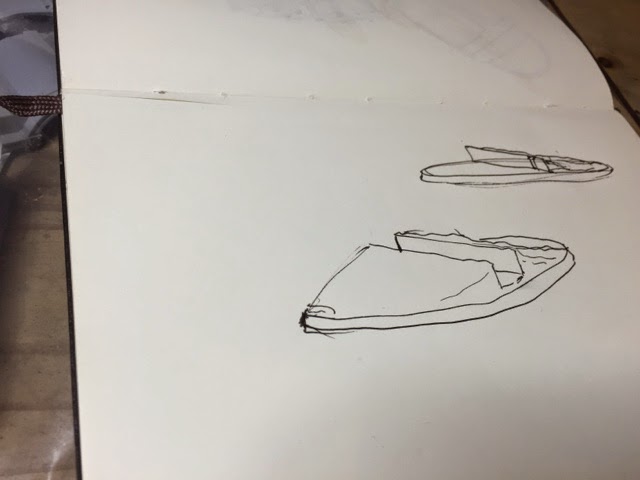 (Yeah I didn't put much effort into that one. I knew what I wanted)
And the lancer leaping among the network of trenches giving a really dynamic pose and a little more interest into the base. 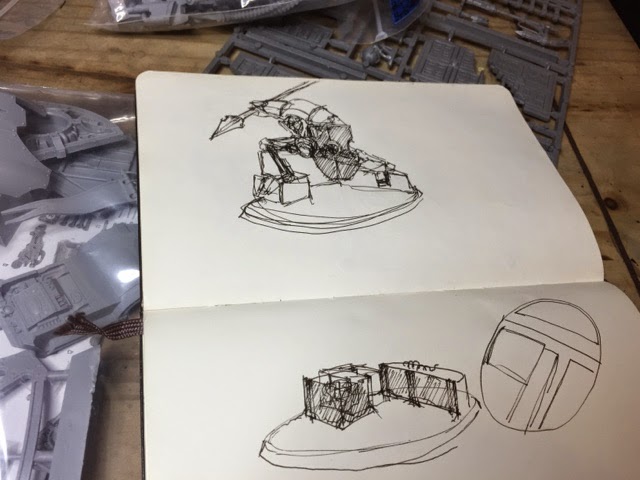 So after the initial sketches I drew the lot again on the bases themselves. Until the paint actually starts flowing you can draw on the lot. Really plan this shit out. Measuring the stride out to see exactly how far apart the legs will be and giving the space it needs to tell a little story helps a lot later on. 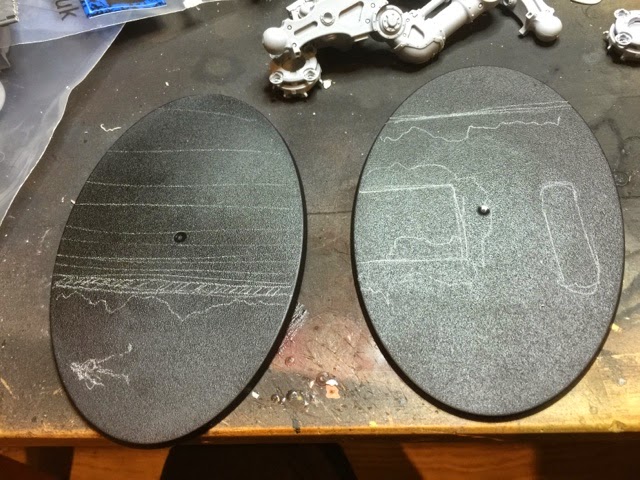 First few bits and bobs start to appear. Plasticard and bits from the box based on the initial sketches. 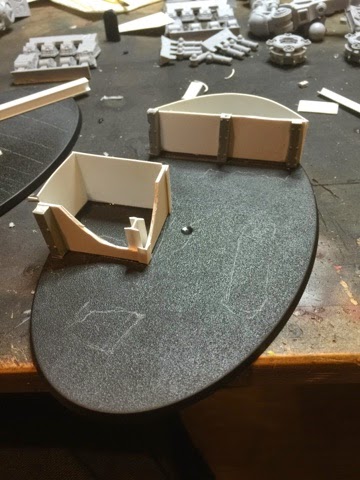 As you can see in the lancer base (the one on the right) I've sheered off the side of a part of the trench to make it look like the lancer has a proper weight smashing through the side there. 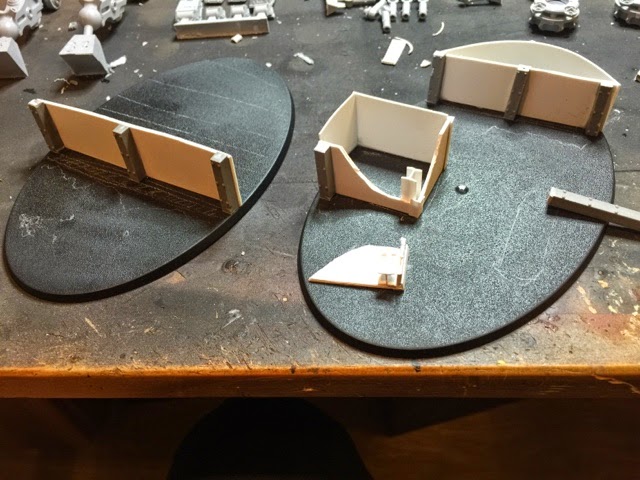 Second layer of bits goes on! Skeletons for the Acheron and jerry cans for the lancer. Like the inhabitants have fled from his headlong dash. 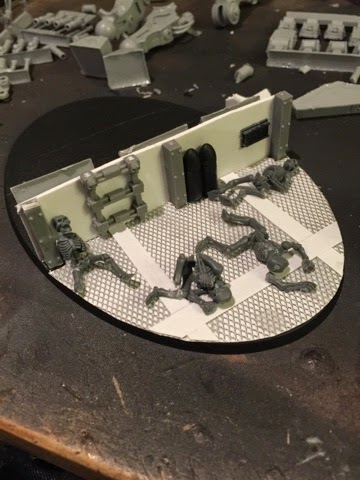 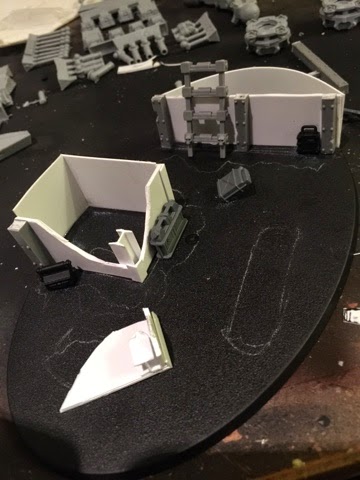 Jumped a couple of steps here. You all know what it's like, nothing happens for months and then suddenly you get a burst of inspiration and BAM! You have black hands for days. All that's happened is a layer of "Polyfila" to simulate mud and grit and then actual dirt and twigs from the garden with superglue for filling gaps. As you can see I've also placed the feet and painted it black. Just so I don't get distracted by the colours of the dirt and plastic and stuff. 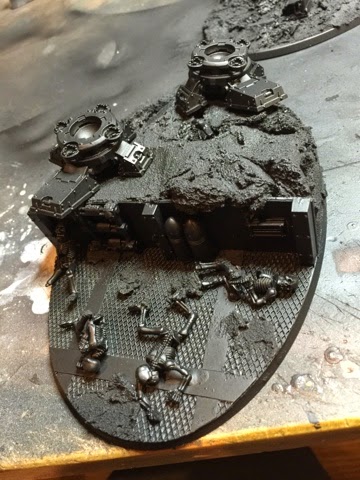 The next few bits are a crazy whirlwind of bluetac, drilling and snapping and glueing and snapping again. All things can be fixed. So be brutal with this step. Greenstuff, paint and glue can fix all but melting things so don't worry about it. 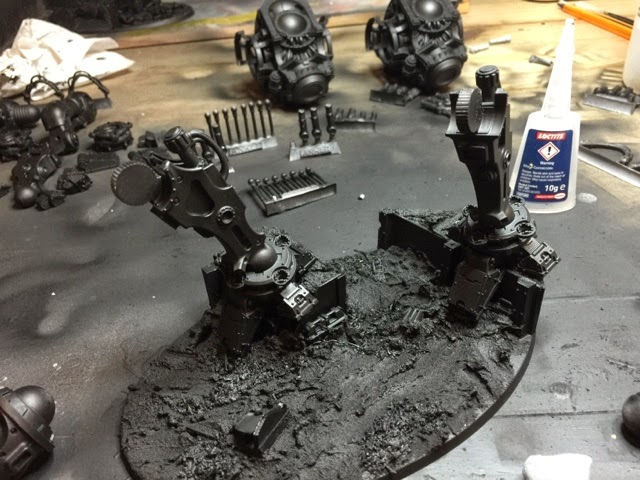 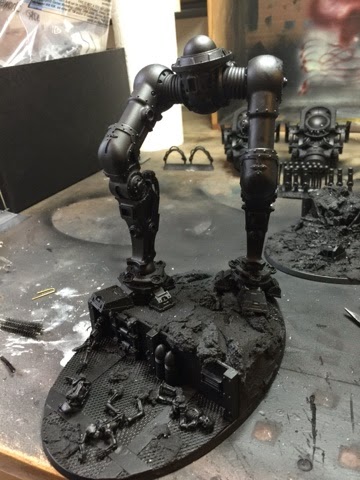 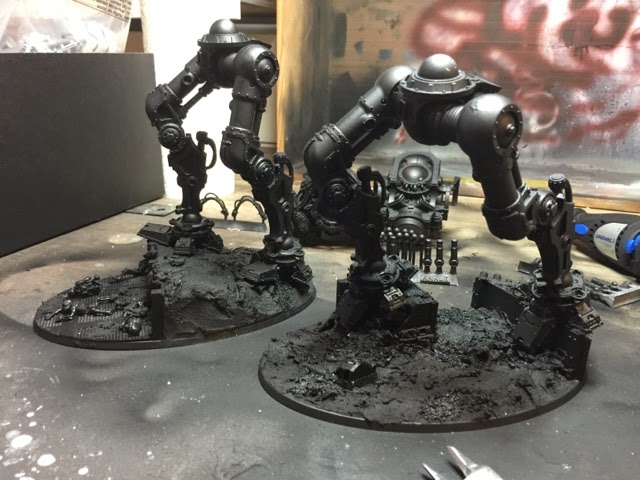 And finally here they are. The poses locked down and the heads bluetac'd on to give poise to the models. I think they've worked out! Thank fuck for that. 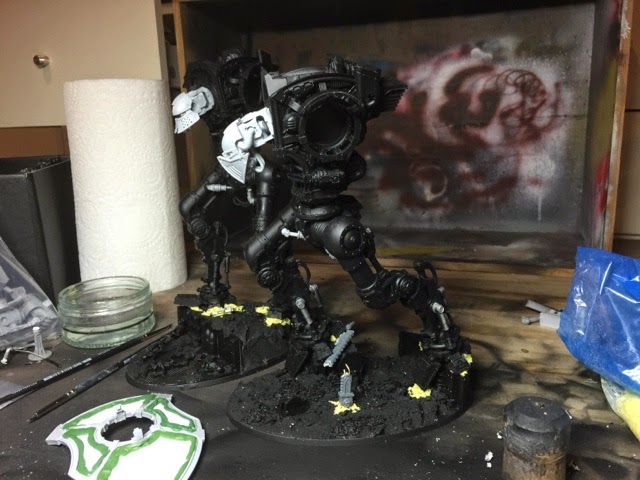 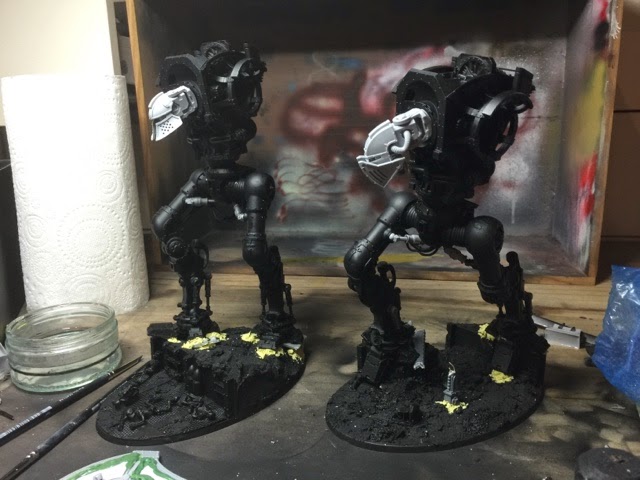 Stay tuned for more, less wordy wips of these two! Big plans for the Acheron and his close combat weapon.
Happy painting!
H 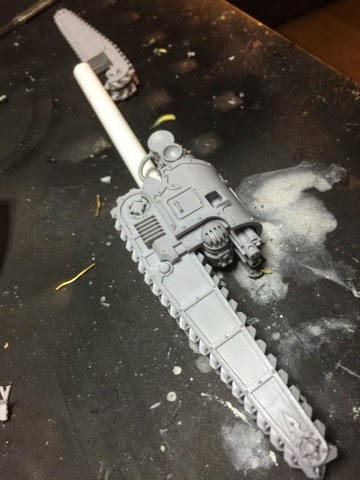