How to be a better painter.

I'm not a fantastic miniature painter. But I have gone from amateur/mediocre to good in the couple of years I've been back in the hobby. Which is a pretty steep learning curve. So heres some musings on how I reckon that s happened. 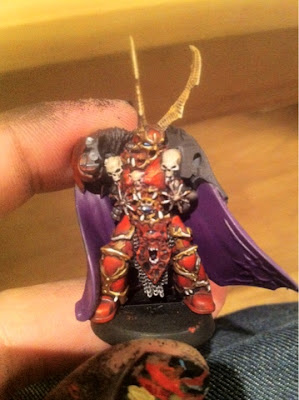 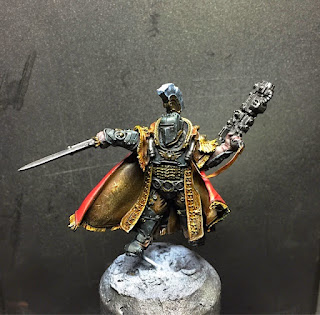 I've painted, drawn, and sculpted my entire life, you might think this would give me a massive head start, and in some ways it has. But miniature painting it's a different ball game.. its juggling to zorbing.

As a visual effects artist my job is to observe and recreate. This is the place I feel I may have an edge. Observing and relying on reference. If I want to paint marble my first stop is www.cgtextures.com (free membership), then going out and seeing some marble. It might seem like a simple step but it's one that's forgotten more often than not. 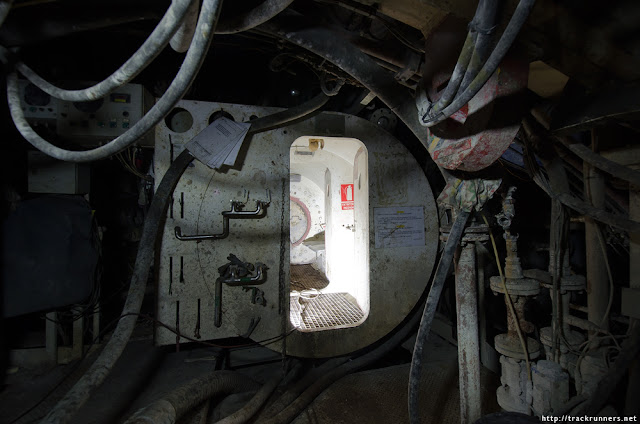 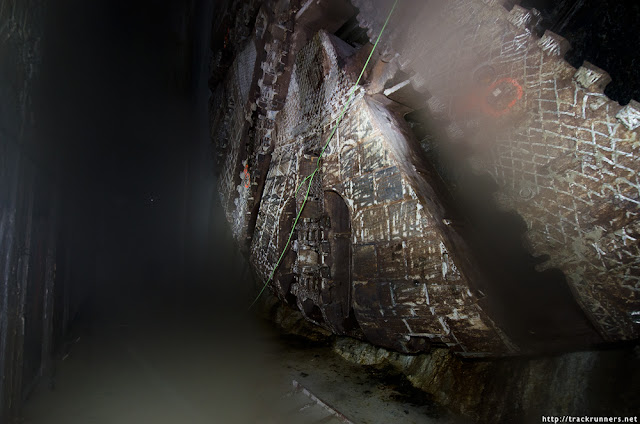 But this is only half the battle. Knowing what your painting is fine if you can transfer that image directly to the model but having the skills behind it to translate the real world to 28mm scale is something that doesn't come easy.

I've spent a lot of money on gimmicky stuff. Fake gold leaf, brushes of every sort, stencils of every shape, convinced that this is what I need to improve. And now three years later I'm sat here with a size 1 brush and my airbrush and maybe a couple of tricks.

So my second bit of advice. Give up the size 0000000 brush. Learn to love a brush you can actually paint with. While the supermini brushes might seem like a good idea you cant "load" a brush that only has 4 bristles. Have you noticed your paint drying between the pot and the target? Want to keep painting but find you've run out of paint before the stroke has finished?

A size 1 Windsor and Newton brush has been my go to brush for the last year and I cant see that changing. From pupils in eyeballs to wet blending It will keep a sharper tip than any small brush as the bristles are angled inwards, and keep enough water and pigment held in its Well that you can complete a few strokes with it before it runs out. 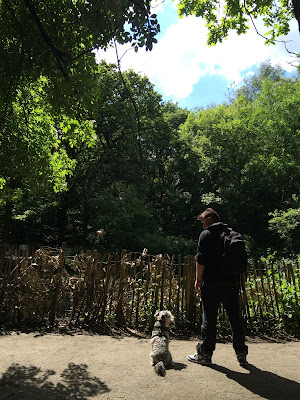 It's dangerous to go alone.
Take these! 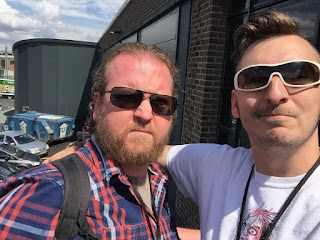 Thirdly, a community to turn to. Painting isn't a team event. But your not a lone wolf. Having the support of a good painting community is invaluable. My group of choice is John Ashton (from www.heresyandheroes.wordpress.com), my dog Alfie (He doesn't have a website), the G+ Warhammer 40k board and the 'eavy metal group on Facebook.
You are never too bad to post. You see so many pictures on groups saying the same thing "I know this doesn't deserve to be beside these beautifully painted figures but..." If your part of the group and are trying to improve your painting, you wont be mocked for it. There's nothing your fellow artists like more than to see people improve based off their advice...


Which brings me to my final point. Tuition. You'll probably notice that my work took quite a jump a couple of years ago, after stumbling onto www.massivevoodoo.blogspot.com
This font of knowledge is incredible. Loads of tutorials and quick and dirty tips and tricks.

But for a master-class, except no substitute, I've learned and re-learned how to paint from Painting Buddha. Ben Komets, Mati Zander, and Micheal Bartels. They are clear and concise, with explanations in a rainbow of languages. The split screen video tutorials are second to none and to get to their videos is incredibly cheap. Too cheap. Sign up immediately. If you want to be better go here.

I hope this little wordy geekout has helped some people out!
Happy painting!
Henry
Posted by Henry South at 10:52 AM