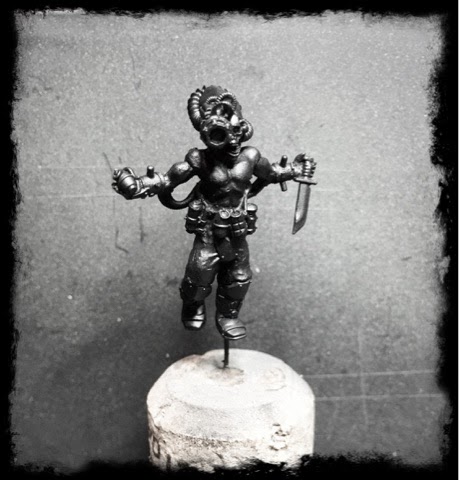 The next part of my Assassins re-invention project is the Culexus. I was worried about this one, a real enigma in terms of fluff and the model itself. Of which I've only seen two. The regular GW one and one other conversation. What was missing for me in the models I've seen is the unstoppable assassin, T2000 style. Just walking towards his target invisible as death flows around him. Fearless and soulless. I tried the thin legs from the haliquins kit but they didn't give off the bad ass look I was going for. This guy doesn't need to move fast.
So here are my wip pics! Started as this guy. Classic 40k pointing. Got half way through the sculpt and dropped it. Too close to the GW one. 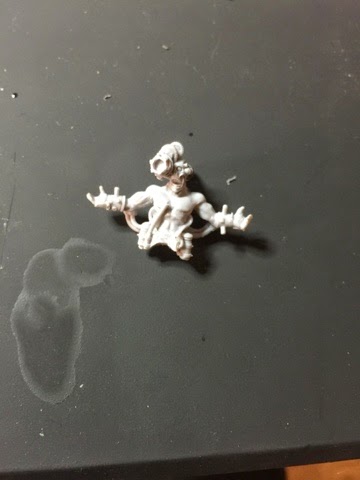 So I went this way with it. 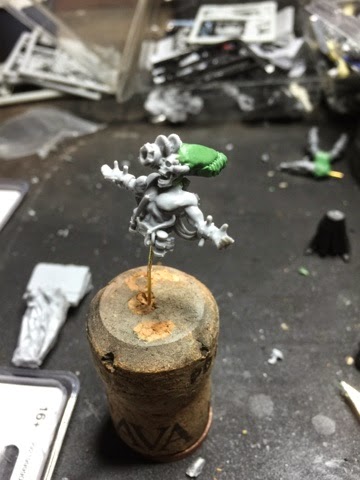 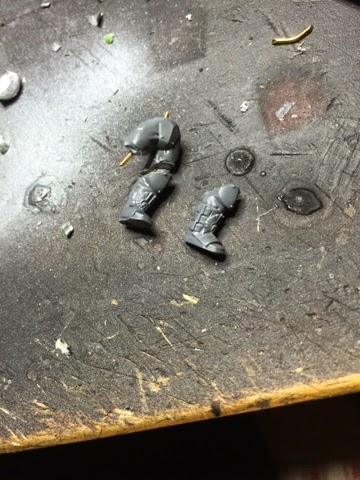 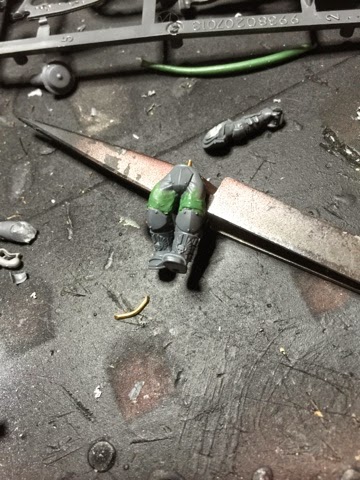 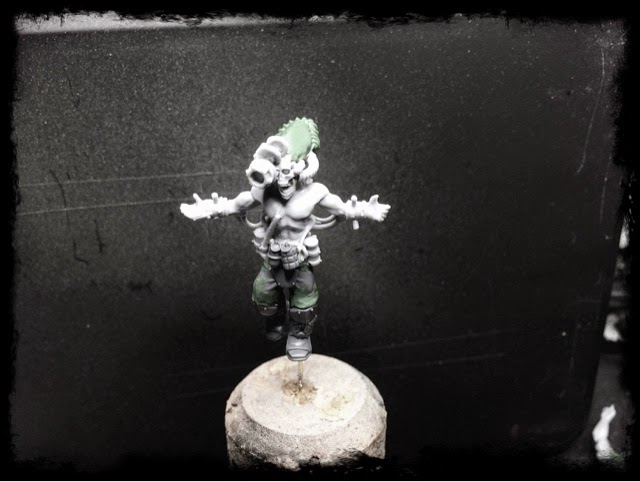 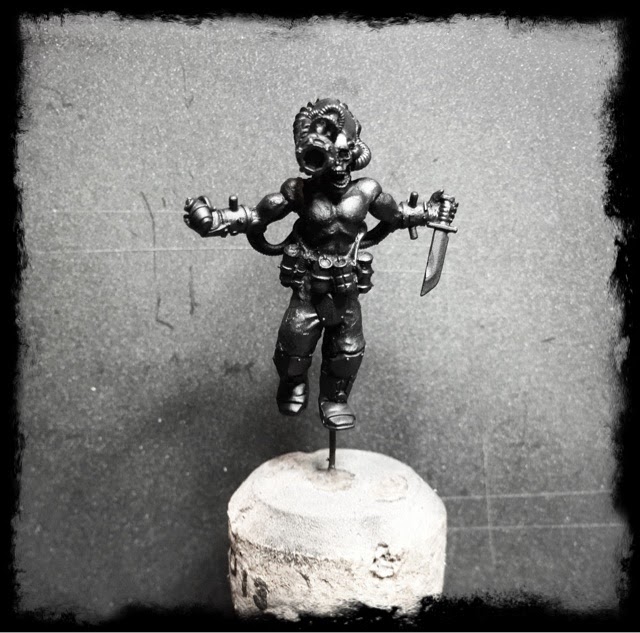 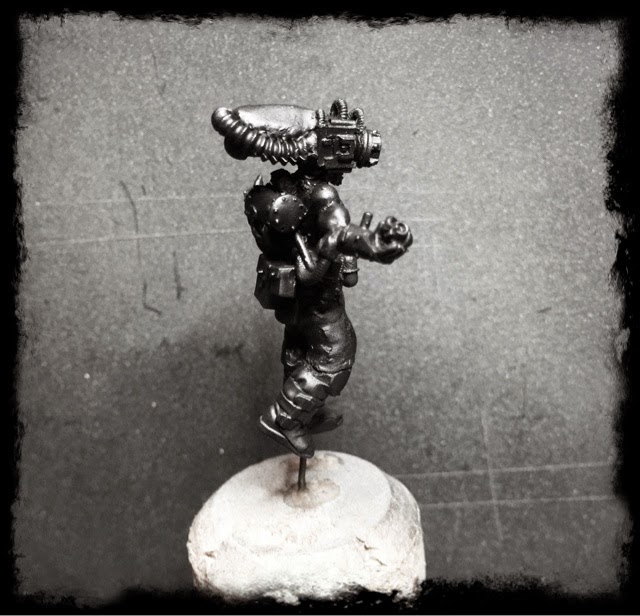 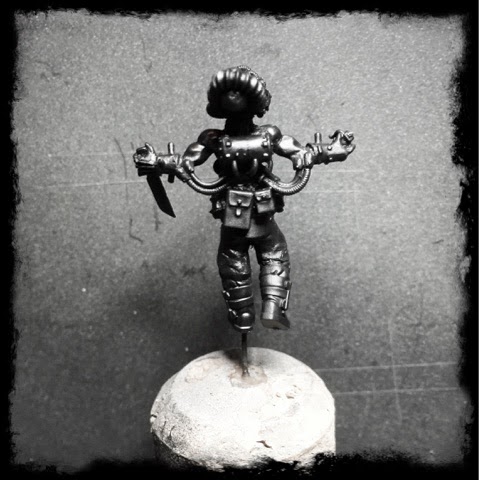 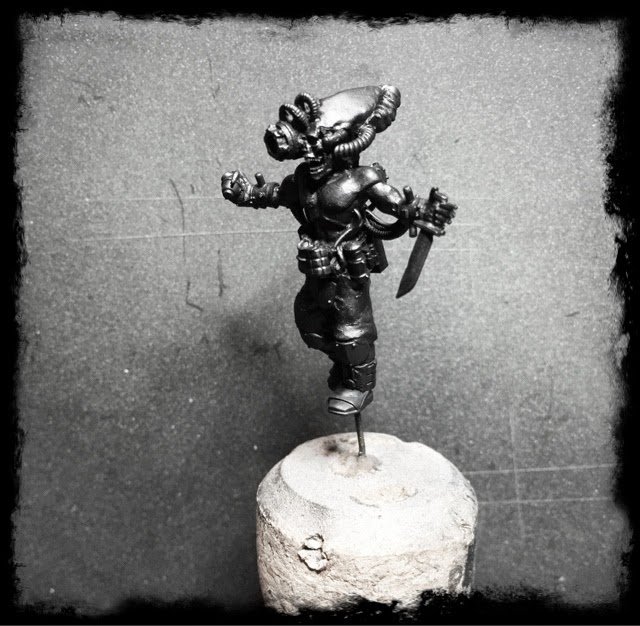 Thanks for reading and have a scroll through the last couple of posts to win some of my models or an original John Blanche! In memory of Terry Pratchett.
Peace!
H
Posted by Henry South at 4:31 PM