So it's been a week and my two loyal followers are no doubt chomping at the bit to see what I've been up to! Well my table of shame grows by the day!! Half finished projects galore! Observe!

first the chaos lord! awesome fun to paint. needs the 50-50 blend of blood red and blazing orange to pick out the very last details on the armour little more time on the sword and cloak. Im struggling hard with the dark angels but lucky there is an amazing tutorial for them over at Tale of Painters! (http://tinyurl.com/cyudltf) def worth a look if your ploughing through dark vengeance like me. Also loving the nmm metal look on the armour chuffed with the result of that. just a touch of object source lighting on the base maybe a little on the armour and im done! 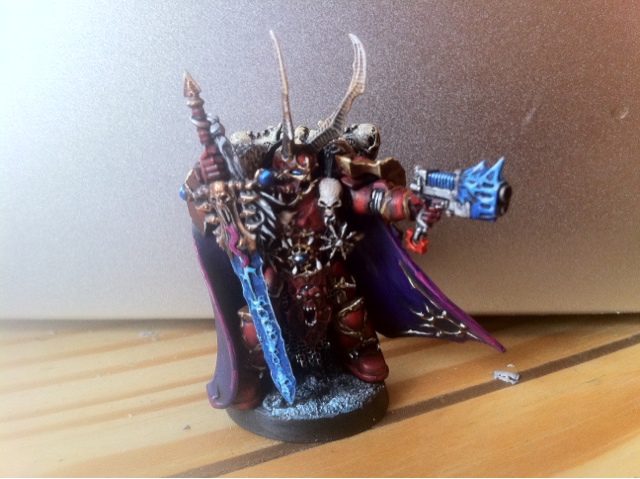 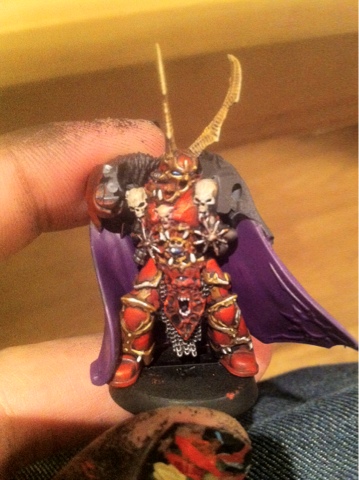 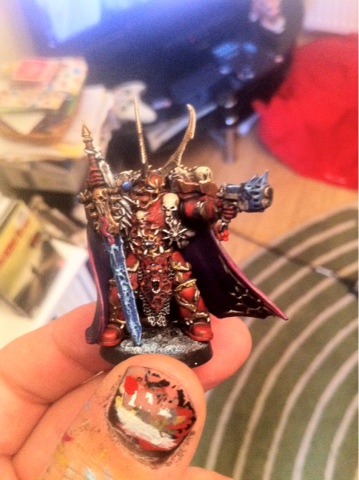 next up is the vital last ingredient to my Inquisition/Death Korps army. the Valkyrie. wonderful model to work on. very clean not too much filler. and another excuse to get the airbrush out and cover the room in masking tape. I decided to do a different design that could easily be replicated on the wings of the second one if i get around to doing it before Christmas. just a simple yellow triangle. 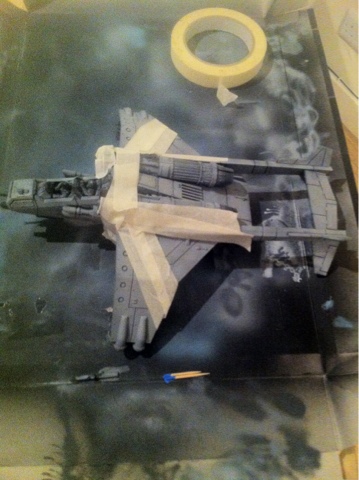 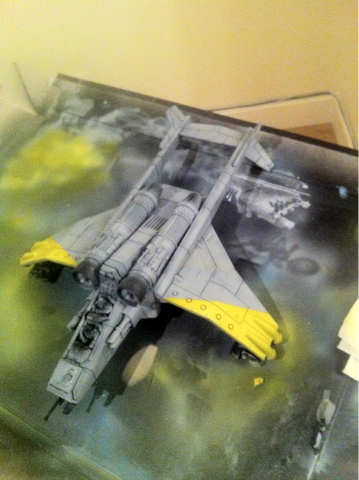 And finally the Grey knights! These will be allies for my death korps so i wanted to do an anvil for the guard to pummel the enemy on inquisitor Rex a Dreadknight and a terminator squad. With the teleporters and the array of servo skulls im going to dot around the map these will be bullet magnets.

As for the modeling and painting.
First step was undercoat in black followed by the airbrush for a little fade and faked shadow, as my following layers will be heavily watered down this should show up quite nicely. mithril silver/artist medium then azurmian blue wash and a coat of vilejo chrome. its time consuming but as these guys are a small force i thought i better go to town. A little conversion work on the dreadknight to make him a little more dynamic! 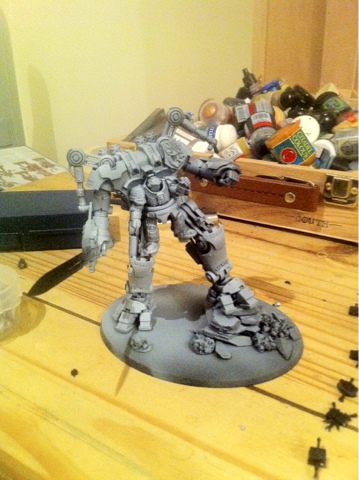 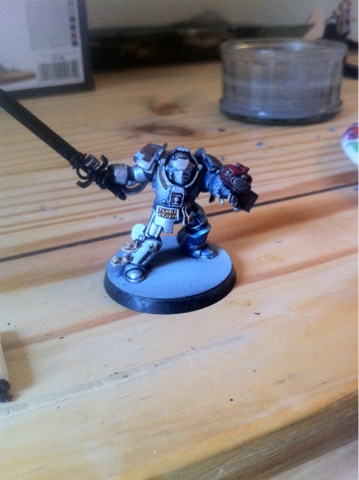