*Vilhelm the Red piloted himself lightly through the ruins of the shattered hab unit, refugees streaming around the giant claws of his Lancer, the mighty and proven Marshal of Phen'brook. An old name lost in the sands of time but given by the Emperor before his ascendance to the golden throne. His chassis, plate, and weapons were replaced many times since then, but it's mighty machine soul was ancient and wrought of the minds of a thousand knights. 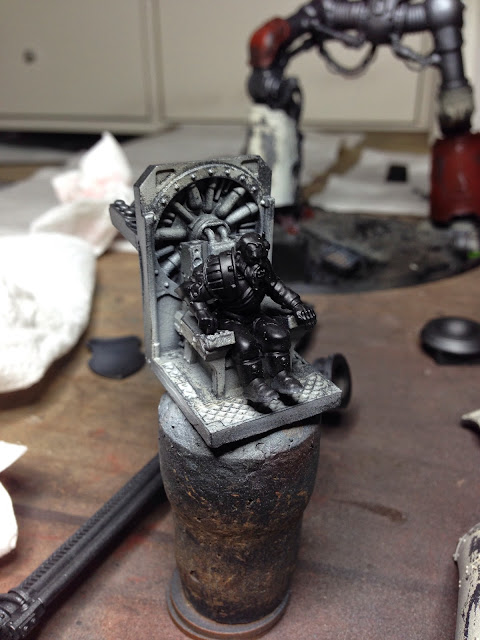 His prey was close at hand. The explosions rumbling the hive structure under foot told him as much. Something evil and twisted had crawled from the warp to persecute the citizens of the imperium.
The plate of Phen'brook was battered and scarred, much to the chagrin of the magos that traveled with their group of misfits and freeblades. But he carried himself taller for it. These scars and repairs were the badges of honor where others would carry their gaudy baubles and kill markings, Phen'brook had no time for such things. Those who knew his name rejoiced at his arrival while his enemies scattered before him, that was all that mattered. 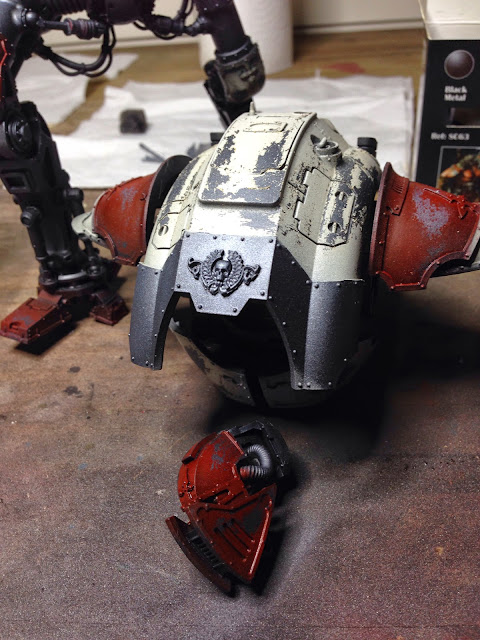 A terrible wrenching noise broke across the plaza into which he stepped. The sound of metal being torn asunder to make room for his foe. The lance at his side began the process of winding itself back in anticipation of the horrific power to be unleashed, when it was needed the lance would decend with the speed of a rail gun and the power of a dieing star. Hefting the scarred shield and bracing himself Vilhelm let out a roar of challenge that was echoed by Phen'brook a thousand decibels louder causing the nightmare of metal, tentacle and colour to swing around , and with a cry of sonic weaponry the two foes lept to the joust...*

A little fluff and a couple of early WIPS from my latest project. The fluff inspired by my good friend John Ashton over at heresyandheroes and his incredible Slaaneshi knight that you may have seen featured on the GW blog recently.