A very quick update with the power of the SLR. 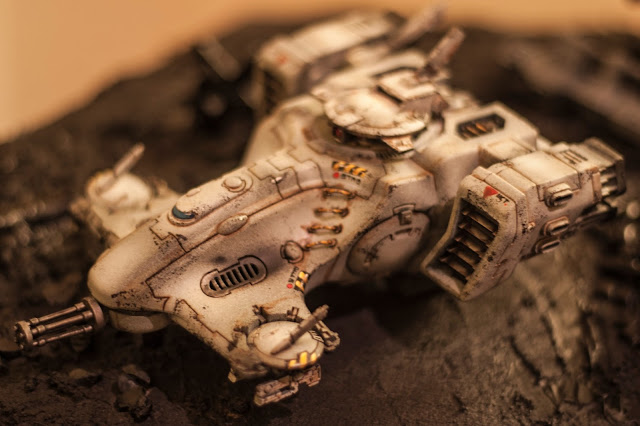 Lets kick things off with an action shot of my Devilfish. Furnished with scout drone poking its head out the top, like the badass sneaky minigun robot death drone that he is. I will be painting my whole army to this standard before taking it further. Oooooh yes. a lot further. This way I can keep the standard consistent throughout the board, and my recipe doesn't need to change. When it comes to phase two of my masterplan you will see changes. 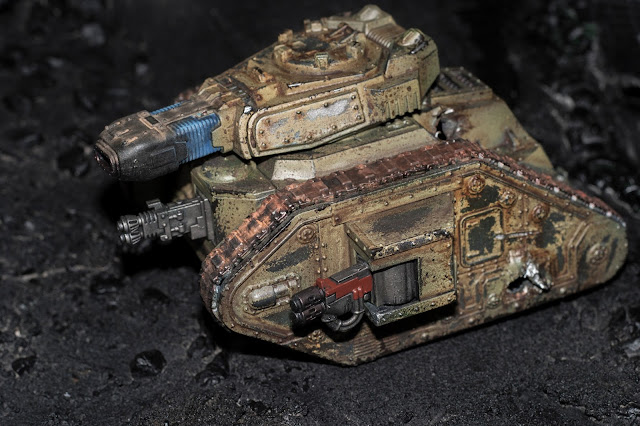 Next is my beat up DeathKorps executioner. poor little bugger, hes had a rough day of it. Obviously heavily beaten down during the first phases of my imaginary war then finished off by the crazy remnants of the blue hippies that are the Tau. You can see the exit holes of the final shots in the bottom right of the track and just below the main turret. Considering wire wool smoke but that might look a little corny and distract from my Tau. Which i might have to do if they dont look good.

As for the rest of the pictures, you have phase one of my hammerhead and my commander.
ENJOY! 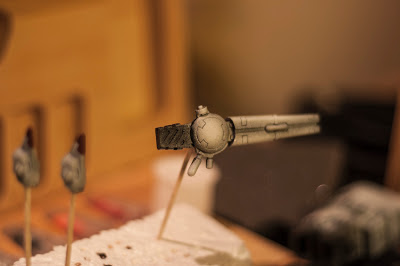 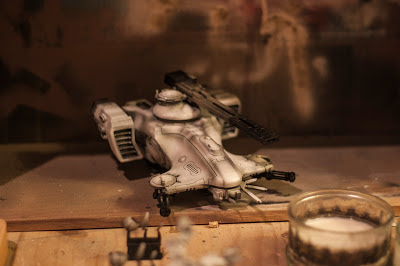 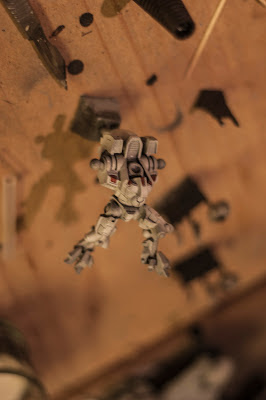